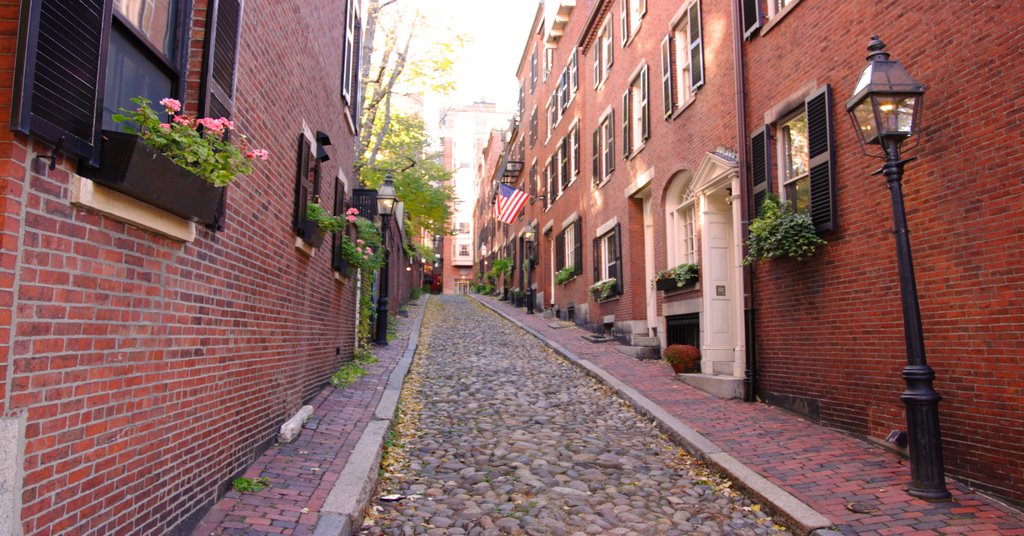 According to a June 2019 report from real estate site RealtyHop, Boston is the 8th most expensive housing market in the United States. By utilizing a wide range of data points which included Census data, property tax information, and MLS listings, the company’s Housing Affordability Index crunched the numbers to find Boston falls right between Longbeach, California, and Newark, New Jersey, in terms of the country’s priciest housing markets.

But why are home prices and rents so expensive here and continuing to rise? Well, I believe it is due to multiple factors including:

Let us dive into each of these in more detail.

In vast contrast to other regions in the United States, higher education has a great impact on the Boston metro regional economy and real estate. Of the 10 largest U.S. metro areas Boston metro ranked first in college and university enrollment per 100,000 in population, first again in the number of degrees granted per 100,000 population, and also first in per capita spending on higher education. Eight leading universities call the Boston metro area home: Harvard University, The Massachusetts Institute of Technology (MIT), Northeastern University, Boston University, Brandeis University, Boston College, Tufts University and the University of Massachusetts Boston. These places of higher education rank among the area’s leading employers and therefore due to their stability and longevity provide one of the most reliable sources of job growth and sustainability.

The Boston economy is one of the very strongest in the country, thanks largely to its education, ingenuity and high paying and cutting edge jobs. University graduates are also a highly-skilled talent pool serving the Boston metropolitan area. Companies are attracted here because a well-educated workforce is available (driven by the number of colleges in this area). This along with great companies, healthcare organizations, schools, etc fuel the job market and further strengthen the economy.

So much could be said about the Boston culture, but I will only provide a brief summary. When it comes to History, Boston and Philadelphia top the country in terms of both the number of historical sites and significance. From Massachusetts being the first place the pilgrims landed to the Revolutionary war victories, to the famed freedom trail, there is so much to see and learn from Boston history. Add to this some of the nation’s winningest sports teams (New England Patriots, Boston Red Sox, Boston Celtics, Boston Bruins, etc) and the culture just keeps improving. Then add to that the museums, art galleries, entertainment arenas attracting the world’s top talent and shows and it is just unfair to most other cities in the nation.

Boston’s chefs and bartenders continue to raise the bar, as the restaurant and bar scene in the city keeps getting hotter and hotter. Even though we have lost a few legendary restaurants namely Hamersley’s Bistro and Locke-Ober, we have gained so much more. Dining out is now more likely to happen around communal tables rather than fine table linens due to it being democratized and more accessible. In every Boston neighborhood no matter which side of the Charles River you will find vast 4.5+ star dining options.

Boston is the center of medicine. Some of the most prestigious hospitals, medical schools, physicians and medical scientists in the world call Boston their home. The City of Boston proper has more than 20 hospitals—from world-renowned ones like Boston Children’s Hospital, Mass General Hospital (MGH), and Brigham and Women’s Hospital (BWH) to local clinics and specialty institutions. If you’re going to get sick and need treatment, or better yet, do your best to stay healthy—Boston is definitely the best place to do it.

People looking for a safe place to call home and raise a family in a large metro region should look no further than Boston. Its overall crime, violent crime and property crime rates all fall below the national average and are better than any other city its size or larger. Crime rates have also seen a consistent steady decline year over year for the last 30+ years.

Boston’s public transportation system is operated by the Massachusetts Bay Transportation Authority, but we locals know it simply as the “T”. It offers subway, bus, trolley car, commuter rail, and boat service to just about everywhere in the Greater Boston area and beyond. Throw into that mix the addition of ride-sharing companies like Uber and Lyft and a car becomes optional in this great city. (I should know as I did not even get my license until I was 35!)

Boston’s population has steadily trended upward for almost a decade. Demand is so strong and prices so high, generations of Bostonian families tend to pass down houses in Boston more than in most other cities. Hence houses spend several decades or more essentially off the market. Pair that with plenty of buyers who can afford the rising prices as many of these new residents make the kind of salary that allows them to afford $700,000 one-bedrooms and $2.5 million colonials and you get very little supply. Despite a brisk pace of residential construction the need for housing continues to outpace the supply. Not only is supply limited but there is also too little supply of the right kind of housing. For decades, Boston prioritized smaller 1-4 unit multifamily or single-family houses, that take up precious available parcels with these structures that in the end would not shelter that many people and are taxed at the same rates as those that house hundreds of units.

Commutes in, out of, and around Boston have continued to worsen in recent years. The vast number of Boston-area commuters who travel more than 90 minutes to and from work increased 56 percent from 2005 to 2019. Living much closer to the workplace allows residents to offset some of this time-sucking commute and has helped fuel the demand for housing near downtown. An overall lack of long term planning by the city and state.

Most foreign investors view the Boston market as more stable than most countries and having a more growth-driven economy. That is one of the main reasons Boston is gaining ground on New York, San Francisco and all other major cities in terms of being the foreign Investors’ market of choice. From mostly Canada and European countries, there has been a steady rise in foreigners buying and holding Boston real estate. The short flight to Europe and the close proximity to Canada provide even more comfort to those investors.

Facts and figures of the Boston Real Estate Boom

Figures released recently by the Massachusetts Association of Realtors show new record highs set in July for both condos and single-family homes — the continuation of a three-year trend of rising prices. The median price of a single-family house in July was $440,000, according to this realtors association, and the median price of a condo was $400,000.

Overall Boston real estate has appreciated 64.86% over the past ten years, which makes the average annual individual home appreciation rate to be 5.13%, which puts Boston in the top 10% of cities nationally for real estate appreciation. This is significant as 10 years ago Boston was still among the highest in the nation in real estate prices.

In Conclusion
Each of the above factors supports each other and intertwine to make Boston an attractive place to study, live, and work! The value of homes have historically been going up (though not guaranteed for the future), it makes buying a home a good way to accumulate relative wealth.

Companies like Fast Home Sales help simplify the buying and selling process even in this expensive real estate market by providing solutions to sellers that allow properties to be purchased and resold at a discount.

And I believe with all my heart it is still worth it to fork up the cash for a home in Boston even though the prices seem outrageous. The value you get here is still way better than anywhere else on earth! 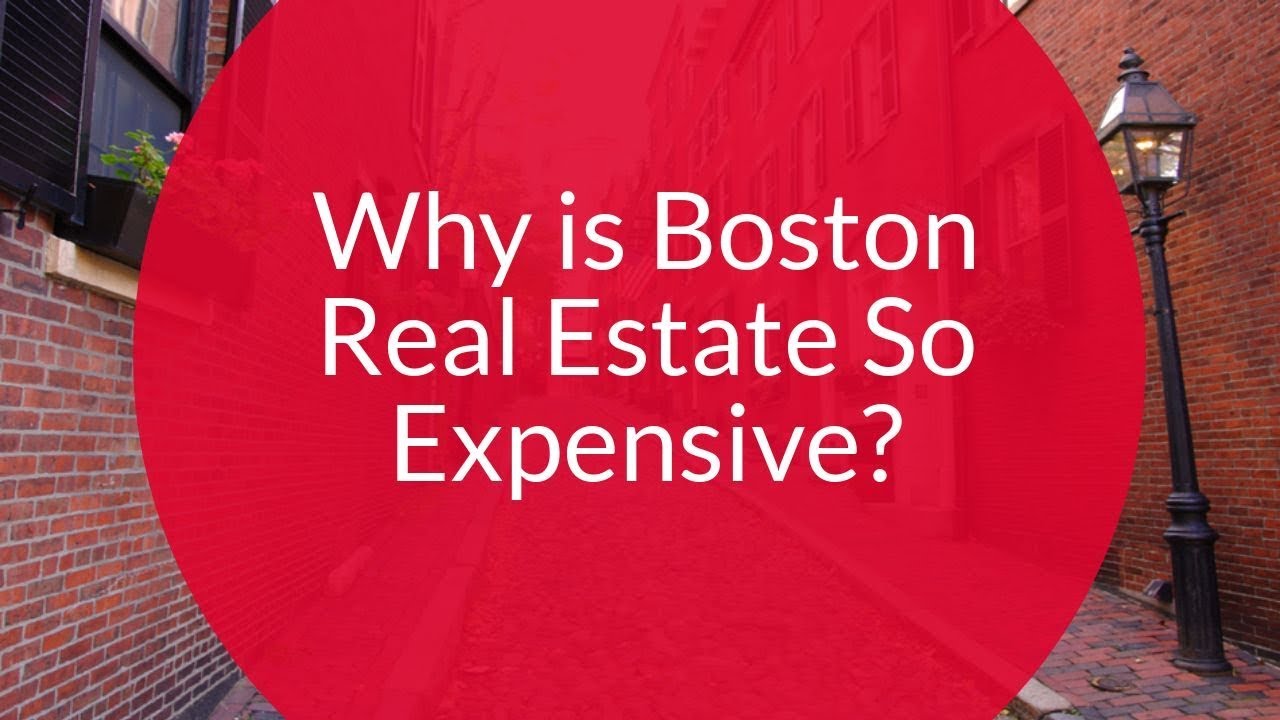 Get Your Fair Cash Offer: Start Below!

There are no commissions or fees and no obligation whatsoever. Start below by giving us a bit of information about your property or call (833) 814-7355...

Listing vs. Selling To Us

Which route is quicker?
Puts more cash in your pocket?
Has less hassle?