With 2018 closing amidst skyrocketing home prices and ominous signs that the US economy was facing a potential economic slowdown, it was no surprise that people were fearing a repeat of the real estate market crash from 10 years ago. Despite these signs, the impending doom never materialized. 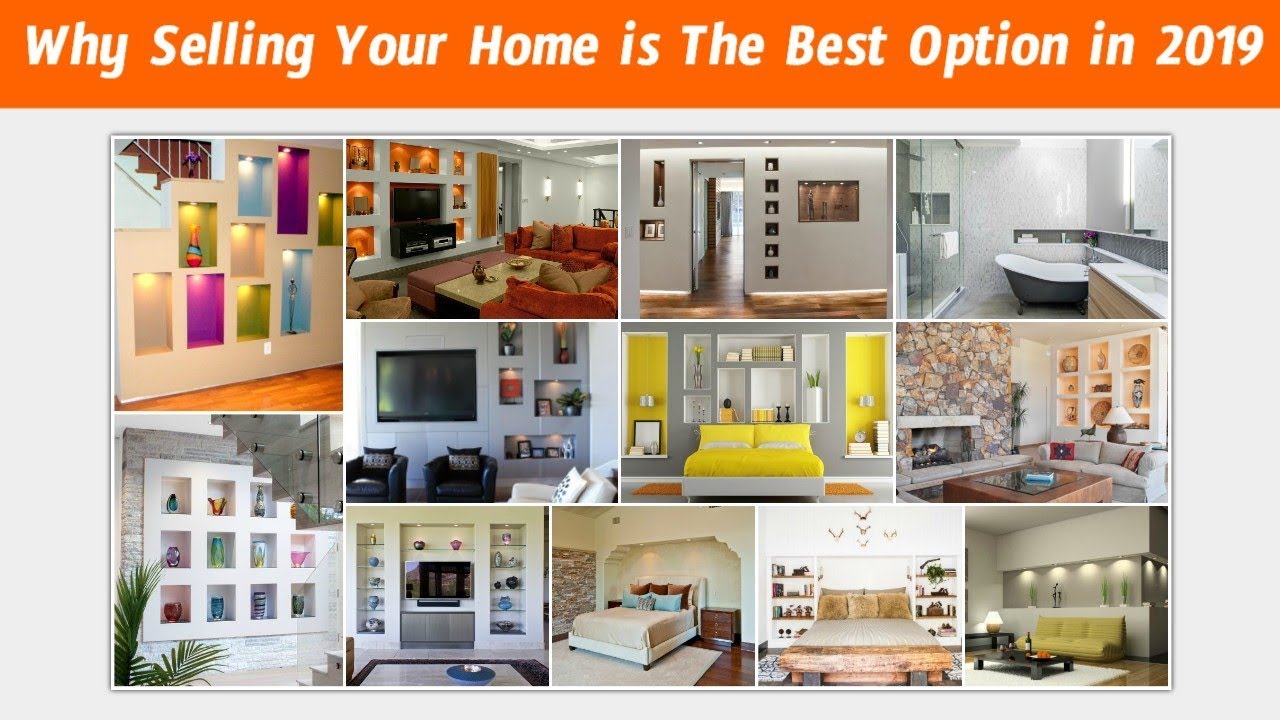 Thankfully, the conditions that brought about the market carnage of the last crash simply aren’t present anymore. What we do have is a stronger, more balanced economy, a tighter housing inventory, and much stricter mortgage requirements. So, if you have been on the fence about selling your property in 2019, we’ll highlight some compelling reasons why you should NOT wait until 2019 comes to a close to sell your home.

Devon Thorsby of US News wrote an article with the question, Why you should sell your home in 2019? Check out the article below to know the answer to this very important question.

Why You Should Sell Your Home in 2019

Few people are predicting that 2019 will be a record-breaking year for home prices.

But relatively speaking, 2019 might be the best time for you to put your house on the market. Especially if you’re on the fence about selling this year or next, Nick Ron, CEO of House Buyers of America, recommends going with the devil you know rather than the devil you don’t.

Home price growth slowed in the second half of 2018, with fewer buyers entering the market, at least partially due to rising interest rates issued by the Federal Reserve. In 2019, consumers shouldn’t expect homebuyers to flood the market again and drive prices through the roof, but it’s also unlikely to be a crisis for home sellers.

If you bought your house in the last year or two, still love it and don’t want to part with it, go ahead and wait another five years before revisiting the thought of selling. But if you’re weighing your options to sell, considering selling this year or maybe the year after, don’t play the waiting game.

Here are four reasons to sell your house in 2019:

Interest rates are still on the lower end.

You have high equity.

Selling now will be better than waiting till 2020.

As interest rates rise, some buyers will hesitate to make an offer on a home or apply for a mortgage, so be ready to see occasional drops in buyer activity. And if your house is at the higher end of the price range in your market, you should expect less buyer interest than before. Ron notes the combination of rising mortgage rates and home prices exceeding buyers’ budgets are what has caused the slowing of homebuyer activity in recent months.

But with available housing inventory remaining low, even with rising interest rates, buyers who are ready to make a purchase will still shop for homes. The biggest wave of new homebuyers will be among millennials, who are mostly first-time buyers. In a Harris Poll survey of 2,000 U.S. adults commissioned by real estate information company Trulia, more than one-fifth of Americans between ages 18 and 34 said they plan to buy a home within the next 12 months. Already, millennials make up the largest share of homebuyers at 36 percent, according to the National Association of Realtors, which released the number in March 2018.

The bottom line: While houses may sit on the market for a few more days on average compared with 2017 when the market was white-hot, buyers remain active and it’s still possible to profit from your home sale.

Mortgage interest rates have been on a bit of a bumpy road over the last few months. Interest rates for a 30-year, fixed-rate mortgage reached their highest level in over seven years in November 2018, when they hit 4.94 percent, according to Freddie Mac. As of the end of February 2019, however, interest rates are down slightly to 4.35 percent, according to the mortgage loan company. While it’s reasonable to expect mortgage rates to continue to climb gradually throughout the next year, they’ll remain much lower than the historic high of more than 18 percent in 1981.

It’s important to keep in mind that while mortgage rates tend to mirror the Fed’s interest rate activity, mortgage rates are based on the market at that moment, your financial status and the property you’re looking to purchase.

Just because the Fed raises rates at one meeting doesn’t mean mortgage rates will follow that exact pattern. “Not every Fed increase is passing on (to) a mortgage rate,” says John Pataky, executive vice president, and chief consumer and commercial banking executive at TIAA Bank.  Read More By Clicking Here

Relax, interest rates are still historically low. You may have heard a lot of chatter on the news recently about how mortgage rates have been gradually increasing. However, according to a recent report by Freddie Mac (Federal Home Loan Mortgage Corp, or FHLMC), mortgage rates are still well below 2018 levels. In other words: relax; you were just being really spoiled.

While it’s reasonable to assume that interest rates continue to ascend during the next 12 months, an interest rate hike before the end of 2019 is generally seen as unlikely. If a bump does occur, however, it would likely be a minimal move at this point.

In other words, homebuyers are still in a very favorable market environment to buy homes. Next year, not as much. In fact, the market sentiment is that rates will continue to rise for the next 5 years or so.

Sellers need to act fast and take advantage of this opportunity NOW before home buying power starts decreasing next year. Catrina Sun-Tan of Homelight recently wrote an article highlighting what the experts are saying about home selling in 2019. Read more below about 10 data-driven reasons to sell your house in 2019.

Strike While the Market’s Still Hot! 10 Data-Backed Reasons to Sell Your House in 2019

Stein’s Law, an economic theory articulated by presidential adviser Herb Stein in 1976, states that: “If something cannot go on forever, it will stop.”

As a homeowner headed into 2019, you may have noticed that real estate trends have been nothing but good for a while now. In fact, we’re in the midst of the third-largest housing boom since 1913, with U.S. property values rising 53% on average since the start of the expansion in February 2012. That means a typical house worth $200,000 only 6 years ago is now worth $300,000. Cha-ching!

But back to Stein.

On the horizon, experts predict an economic correction in 2019 or 2020 amid signs of a cooling real estate market.

“[During the bubble], people just weren’t selling their houses because they were afraid, they were underwater, or they just didn’t want to make that financial commitment,” says Rachel Frentsos, a top agent in Annapolis, Maryland who has sold 83% more properties than the average agent in her area.
“So, do it now before it hits, again. Then, at least you’ve made your move, you have your money, and you don’t have to worry about it.”

That’s not to spook you (this is not 2008, people!), but to shake you by the shoulders and say: carpe diem, homeowner! Top real estate agents across the country and the latest trend reports point to clear guidance: if you own a house and have entertained the idea of selling it recently— pull the trigger in 2019.

In case you needed another reason to put out the for-sale sign, here are 10 of them. All based on cold, hard data and the professional insights of housing experts.

1. Tick-tock: Existing-home sales already hit their peak in 2017
The National Association of Realtors’ (NAR) existing-home sales report measures completed transactions of existing (rather than newly built) single-family homes, condos, co-ops, and townhomes every month. The report pulls 40% of the data from multiple listing services across the country, offering inventory and price data while providing insight into regional real estate trends and homebuyer behavior.

2. Mortgage rates are going up, up, and away, making it more expensive to buy a house
The Federal Reserve implemented four interest rate hikes in 2018, the most recent of which was on December 19. In response to a rise in inflation rates and labor market expectations, the Committee voted to raise the federal funds rate to 2.25%-2.5%, the highest it’s been since 2008.

Long-term rates like mortgages aren’t directly controlled by Fed rate hikes, but rising interest rates do put pressure on mortgages, eventually softening demand for housing. A 1% increase on the 30-year fixed loan reduces the pool of eligible buyers by up to 20% in major cities.

If you think mortgage rates are bad now in comparison to a few years ago (in reality they’re still historically low), well, they’re only going up for the foreseeable future.

3. Homebuyers are signing fewer contracts, so 2019 is the time to secure an offer

A major contributor to this decrease is the rise in mortgage rates and a drop in eligible homebuyers. Without the buying power that comes with lower interest rates, people are signing fewer contracts to buy a house.
4. Coming soon to a market near you: New listings!
A substantial lack of inventory has been one of the primary drivers of the post-crisis real estate boom. Fewer homes for sale translates to rising property values and fierce competition among buyers.
But a marked shift this year indicates the inventory drought is coming to a close. In September, the total number of real estate listings rose 6% compared to 2017 in the largest real estate markets in the country.  Click Here To Read The Other 6 Reasons

The housing market looks set for a rebound across the country

Economic market indicators compile data from different sectors of the US economy to help analysts gauge the strength of a particular sector. One of the most reliable indexes that helps measure the overall housing sentiment comes from the Pulsenomics Housing Confidence Index.

Pulsenomics are an independent research firm that specializes in real estate data analysis. By surveying thousands of ordinary American households, they showed that confidence was actually at a 5-year high despite home sales lagging expectations so far this year.

Overall, their data analysis points to a much more balanced market and an economic environment that supports homeownership.

US home values are at their peak

If there’s one principle you need to know about successful investing, it is that you buy when prices are low and sell when prices are high (ideally at their peak). According to the Federal Reserve of St. Louis, US home prices saw their values peak back in 2017. Fortunately, housing bubbles don’t affect the entire economy at once.

As prices in cities like NYC have been hit hard, other areas like rural America in the Midwest have not yet been as affected; at least for the moment. However, acting sooner will be a lot more profitable than acting later.

So there you have it,  easy to understand home selling measurements based on hard, factual data. If you want to get the most out of your home, 2019 is the best time to do it.

Get Your Fair Cash Offer: Start Below!

There are no commissions or fees and no obligation whatsoever. Start below by giving us a bit of information about your property or call (833) 814-7355...

Listing vs. Selling To Us

Which route is quicker?
Puts more cash in your pocket?
Has less hassle?